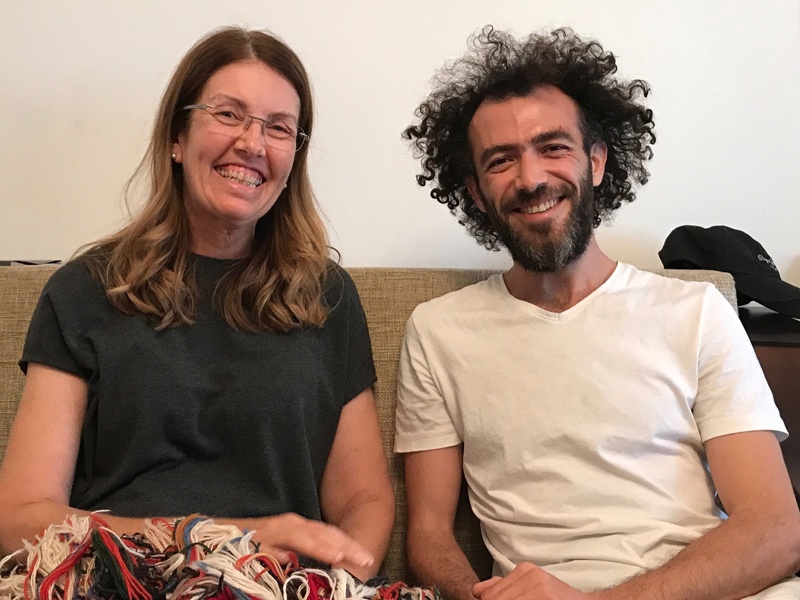 The highlight of my visit to Azerbaijan in Sep­tember was an afternoon spent with Faig Ahmed, an internationally recognized artist known for his exceptional works exploring the visual language of carpets. In his home­town Baku for only three days, I was delighted that the timing was right for the meeting to be possible. Faig had just shortly returned from Peru and would be leaving for the States the following week.

Baku is a spacious city and this spaciousness was echoed in Faig’s studio where there was a palpable energy of warmth and openness. I was immediately struck by the kindness and friendliness with which I was received.

In an adjoining room, one after another of Fa­ig’s new works were rolled out for me to see. I became consciously aware of the privilege I was experiencing. 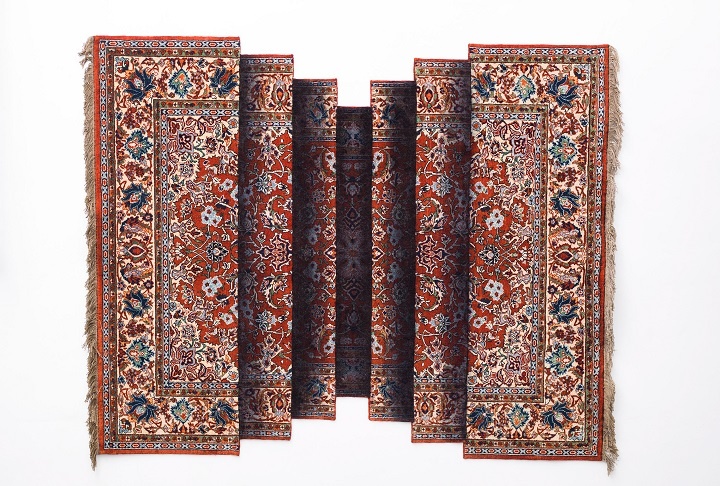 Kneeling over one of his works, Faig began explaining various intricate patterns and spa­cings to me. He eagerly pointed out specific patterns to be seen in some of the textiles he had brought back with him from Peru, having just returned from spending time with the Shi­pibo Conibo, an indigenous people living along the Ucayali River in the Amazon rainforest in Peru.

In this region, Shamanic songs are heard and then translated into geometric tapestries. The idea that patterns are heard and then docu­mented in a form of synesthesia captivated me. As Faig pointed out the rhythms and frequencies of specific patterns, they struck me visually. Patchworks of vibrant patterns, shapes and colors, vibrating as visual songs, were singing to each other and harmonizing through new channels. On an energetic level, I was even more aware of the powerful energies I was experiencing.

Sound artist Tanya Harris from Ireland, who has also spent time with the Shipibo Canibo says, “Sound is a primordial, creative force…. Nothing is really solid…. Everything is vibra­ting.” Patterns, therefore, have the power to vi­sually replicate vibrations, and can thus impa­ct us on a level which we in the Western world are only beginning to become aware of.

Included in the piece he was showing me was Faig’s coat that he had worn during his healing ceremony in the Amazon jungle. As he spoke of this experience, I could only humbly listen.

As one of his latest works weighing 44kg was rolled out, overwhelming black confronted the eyes and introduced the concepts of emptiness and form most powerfully.

Over a cup of tea accompanied by Azerbaijani pastries, we explored and discussed what we found online about the Shipibo Canibo and their textiles. I was reminded of the patterns of the Ndebele people in the region I grew up in in So­uth Africa, which led Faig to eagerly google the patterns found in Ndebele beadwork, textiles and homes.

When I showed him the photograph of my #in­teract2connect series taken the previous day in the Heydar Aliyev Center, he curiously investiga­ted the patterns along the bottom of the Ethio­pian prayer shawl on which the iPhone artwork is printed.

We went on to discuss the inquiries needed to study and understand oneself, the healing the artist receives through his/her art, art as a spi­ritual path, life as a part of death, and death as a part of life. It was clear that Faig’s personal inquiries are deeply related to world religions, mystical practices, and the world of patterns.

The time spent with this master of weaving had unfolded like a beautiful pattern in one of his carpets. Much serious discussion was interwo­ven with much laughter, but resonance is per­haps the word that best sums up the afternoon. 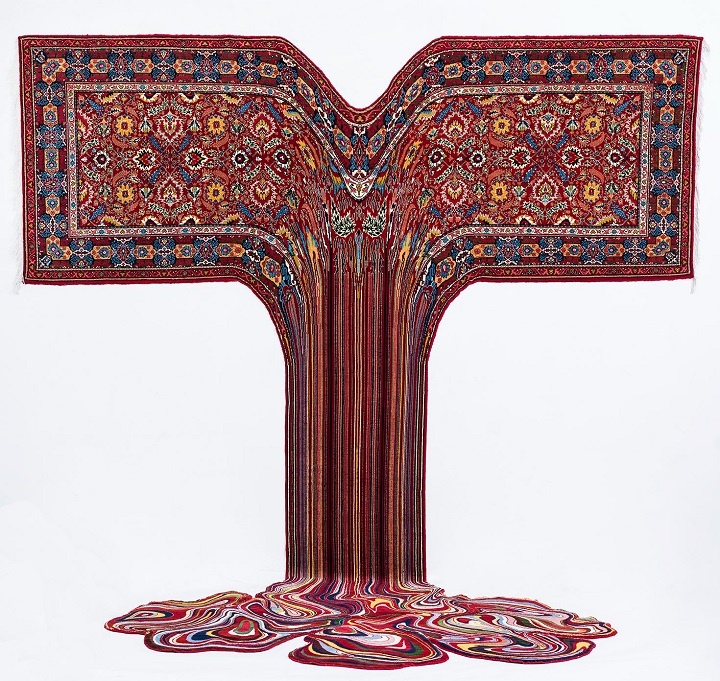 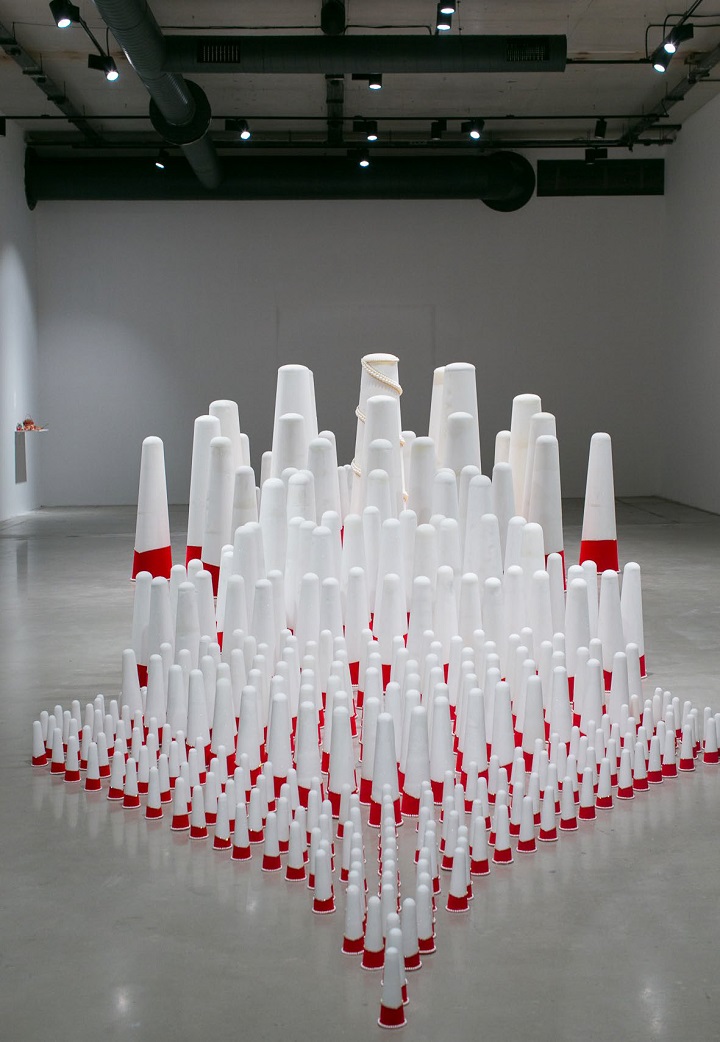