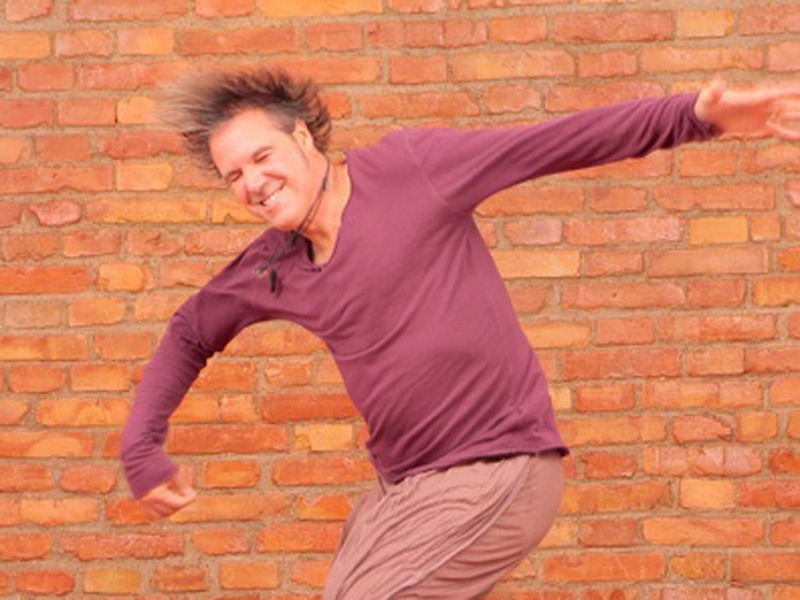 5Rhythms is a movement meditation practice devised by Gabrielle Roth in the late 1970s.It draws from indigenous and world traditions using tenets of shamanistic, ecstatic, mystical and eastern philosophies. It also draws from Gestalt therapy, the human potential movement and transpersonal psychology. Fundamental to the practice is the idea that everything is energy and moves in waves, patterns and rhythms. 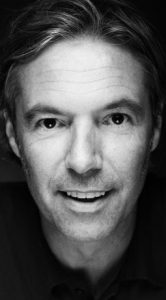 Thierry François was born in Paris. He grew up in the west of France, in a beautiful landscape, nature, countryside, coast and forest.

Thierry François is an actor and a Gestalt therapist. He has been practicing dance in France and all around Europe since 2002, so he has gradually followed the path of Teacher Training. He has been trained as a 5R teacher in the USA by Gabrielle Roth. He is an energetic and enthusiastic teacher who shares his passion for lightness, humour and creativity.

He has been living in Zagreb for 3 years with his wife, also a 5R teacher, Silvija Tomčik, and their baby boy.

WHAT ARE THE 5RHYTHMS OF DANCE? HOW WOULD YOU DESCRIBE THIS KIND OF MEDITATION TO SOMEONE WHO DOESN’T KNOW ANYTHING ABOUT IT?
I would say that some people discover this practice as a fitness practice, for others, it’s on a deeper level. Anyway, it is a dynamic movement practice that allows people to connect with themselves first and then the environment.

WHEN DID YOU START PRACTISING AND LEADING 5RHYTHMS WORKSHOPS ALL OVER THE WORLD? WHO WAS YOUR TEACHER AND INSPIRATION IN THIS MAGICAL FIELD OF DANCE?
I came across 5Rhythms in 2002. After that, I continued dancing regularly and I decided to take the teaching path in 2008. I was very fortunate to be in workshops with Gabrielle Roth and to be trained by her. She is still my inspiration and, besides this, I like to believe the ‘one around the corner’, the not known, not famous is also an inspiration. I feel inspired by people in the streets, on a plane, on a train, everywhere where there is movement.

ACCORDING TO YOUR EXPERIENCE, WHAT IS THE DIFFERENCE BETWEEN MALE AND FEMALE WORKSHOPS?
This is a tough question, as I feel it might be easy to establish prejudice. I work a lot with men with a different movement which is not Dance but still is a movement. One common point is that men and women are seekers; they seek freedom, empty space, autonomy, change, challenge, the unpredictable and, mostly, good communication in their relationship. Honestly, I can’t see clear differences. In my workshops, I feel the struggle in men and women alike, and in my opinion, Struggle has no gender. 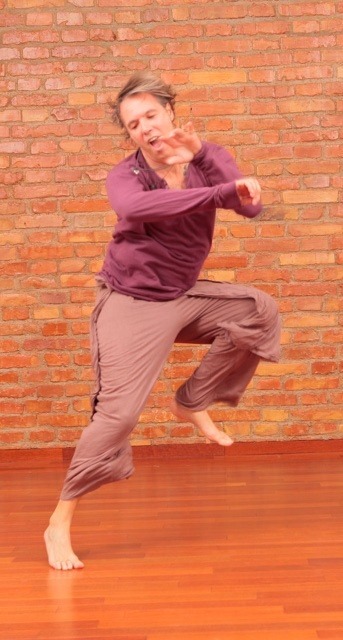 EVERYTHING HAS ITS OWN RHYTHM, ORDER AND EVERYTHING IS IN FLUCTUATION, WHICH TENDS TO CHANGE. ARE THE 5RHYTHMS POWERFUL TOOLS TO CHANGE YOURSELF?
I deeply believe in that. It’s a practice, and like a lot of practices, when there is regularity, discipline, there is change, it’s as simple as that. Each time I open a window in a dance floor, it affects my own life in many ways.

THE RHYTHM OF EACH PERSON IS LIKE HIS/HER SIGNATURE. WHAT SHOULD WE DO IF WE NOTICE THAT WE PREFER ONE RHYTHM TO ANOTHER?
A suggestion is to live this Rhythm by exploring facets, all aspects of it: enjoying, letting yourself be fascinated, curious and generous, because one day or another, it will change and switch to another one, and maybe after a few years it will come back to the previous one. It’s a life cycle.

HOW DID 5RHYTHMS INFLUENCE YOUR EVERYDAY LIFE?
Life is a continuum of movement, from the moment I get up to the moment I go back to sleep; I embrace, I welcome, I give space. Walking with my son in busy streets obliges me to be grounded, to be aware of my environment. Living in a foreign country obliges me to be clear in the way I communicate, let go of the head, let go of the chatting mind, explore my creativity, my playfulness and just come back to a still place, to a relaxed and soft position, and, again, like a storm after stillness, flow takes over and so on. 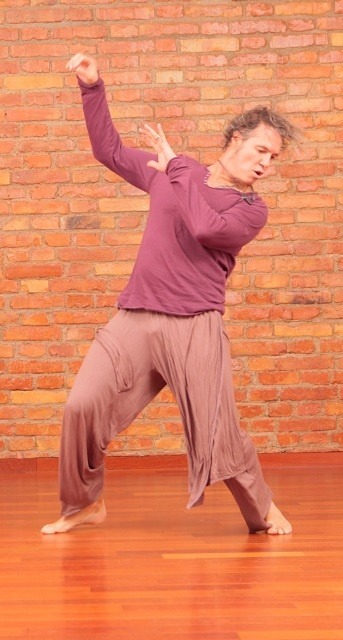 HOW WOULD YOU DESCRIBE SERBIAN ORGANIZATION OF 5RHYTHMS? DO YOU LIKE TO RUN WORKSHOPS IN BELGRADE?
It has been 4 or 5 years since I came to Belgrade to teach, and I really like Ples ritmova Serbia. I feel we are in a professional place but we are also friends. Gratitude and Thanks to Sandra Dimitrijević and her team.

WHAT CAN YOU SAY ABOUT THE FUTURE OF 5RHYTHMS METHOD?
It’s always uneasy for me to project myself into the future, but from my perspective, I’d like to think that my great great grandson or granddaughter’s son will be a 5R Teacher to expand and spread out into the world, it’s simply necessary, it’s a practice that raises consciousness.

IF I ASK YOU WHO THIERRY IS, WHAT WOULD YOU SAY?
I am a man amongst men, amongst human beings, I feel solid, opened-hearted, responsible, conscious, sometimes funny, other times depressed by the world around me; strong and vulnerable, a loving father and husband, loyal, with a strong lyrical way of life. From this view, I feel the chaos on my side, never far away. And the stillness is on the other side, which is a goal – calming down, slowing down, being wiser.