Andrej Kavšek has been in charge of development, optimisation and the consolidation of work procedures at the Sava d.d. insurance company since October 2015.

WITH MILAN BY YOUR SIDE, YOU SUDDENLY UNDERSTAND WHAT IS HAPPENING WITHIN YOU – YOU GET TO KNOW YOURSELF RIGHT TO YOUR CORE.

Before that he was president of the board of the Tilia insurance company for eight years. Both companies are part of the Sava Re Group.

He stresses that during a time when he was employed at the Danish multinational company Danfoss – where he carried out various tasks, mostly in leadership positions – he attended nu-merous excellent training sessions organised by Danfoss and the Academy of Danish Multinational Companies that are required for everyone in leadership positions. The higher one is in the hierarchy of a company, the faster one must be able to adapt to changes. He emphasises that most importantly, a leader’s role is not just in making decisions but also in establishing a creative environment.

‘Therefore I imagine the leader as a neutron in the core of the atom. The larger the atom, the more neutrons are needed to maintain the stability of the core – and consequently that of the atom – through their presence, and latent and neutral actions.’ This way of thinking is what probably led him to Milan Krajnc, a physicist by education and in his way of thinking.

WHAT IS YOUR EXPERIENCE WITH MILAN KRAJNC?

Milan is a quantum leap in comparison to other trainers who are more in favour of standard education and seminars. But at a seminar you cannot reach a level of understanding to fully grasp what is happening to you or what is happening with others. He is different and all the colleagues I have introduced him to feel the same. Some are afraid of him at first. Of course we know that fear comes from within ourselves so actually we are afraid of ourselves – not of him. The image we see in the mirror he is holds in front of us can sometimes be really scary. Many don’t find a connection with him and run away – they run before they even start working together because they have not yet reached the level necessary to be able to do this.

BUT YOU DID NOT RUN AWAY, YOU FOUND EACH OTHER?

No, I didn’t. (Laughter) His method is really interesting, different. He doesn’t lecture, as is common at typical seminars, instead he helps you to recognise yourself. He helps you to get to know yourself and this is key for personal progress. There is declarative knowledge, but it is another thing altogether to internalise the knowledge and actually live it. If you only visit places where someone is giving a lecture, you quickly forget and go back to the old ways, as they say. What you learn with Milan stays with you because he lets you come to your own conclusions. In order to get there, he helps and guides you so that you don’t get side-tracked. This is something we are not used to.

Usually they just tell us: ‘This is so and so and that is how you’re going to do things’, and we as good Slovenes dutifully obey. And most people quickly dismiss someone who ‘pesters’ them, just so they don’t have to deal with things about themselves. 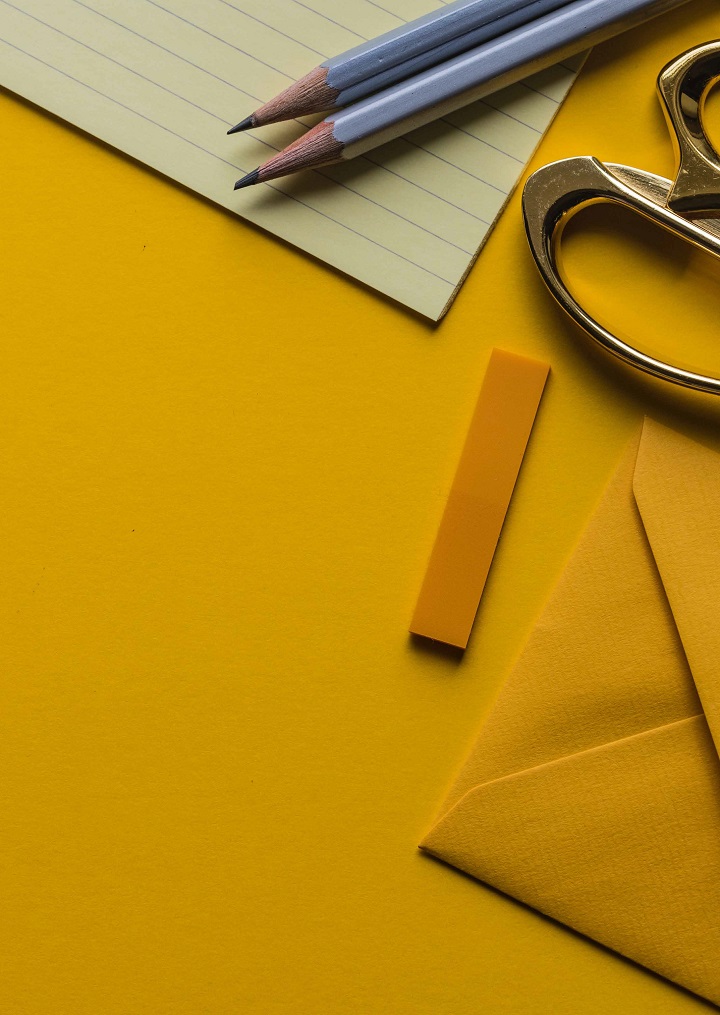 WHAT WERE YOUR EXPECTATIONS, WHAT DID YOU GET FROM MILAN? IN WHICH AREAS DID HE HELP YOU?

I attended many seminars when I was working for Danfoss. We heard lectures by top psychologists and psychiatrists and participated in training sessions with them, but they always took me to the same point where I started to behave differently but I did not know why. I still didn’t know what the triggers were, why I get angry. In fact, I was taught to manage the situation rather than to manage myself. And when a similar situation escalated, it still upset me because I didn’t understand – I didn’t know – what the trigger was and I couldn’t react differently. I didn’t understand the changes that were being suggested to me, so the next time I was in such a situation I went back to the same starting point, to the beginning, [without making any progress].

A few years ago I thought I knew everything. Now I am discovering, together with Milan, what I don’t know and this is making me different. No, I didn’t have a bone marrow transplant, I just started acting differently. (Laughter) I realise now why I act in a certain way, what leads me to this, these are the triggers I was talking about. Together we are discovering what is happening with me. For example, the other time I sent him an email with a few questions about an employee who is getting on my nerves. In a few simple sentences he answered what it is inside me that makes me so nervous about this person. He pointed out that I see in the employee something that I do not want to be. This is anger, and most of us do not research these triggers, we do not ask ourselves why and we don’t try to identify them. And that is a shame. Well, at least for me this is better, once I understand, once I know how to explain, then I know how to react differently because I understand it.

SO YOU ARE STILL WORKING TOGETHER, DO YOU STAY IN TOUCH?

Many times I ask for his opinion. He helps me with more difficult questions, those I cannot find the answers to alone.

HOW DID YOU MEET?

Someone brought him to me, to make an agreement for some kind of training. At first we also didn’t find a real connection, I think that deep down I also became afraid of deeper histories.

You are a mechanical engineer, meaning you ‘have both feet firmly on the ground.’ Did you at first have a feeling that his methods are too alternative, intangible, too far from your own views?

I would not say they are alternative; these are just methods we use to live in a world where there is a lot of pretending. Basically [the methods] are very simple, but we are afraid to see who we really are and that we will need to change. It’s just fear. When someone brings you a mirror and you actually see yourself and you hear your own words. And most of all, you hear that they sound stupid, so you get scared. It’s logical.

WHAT DID YOU SEE IN THE MIRROR?

The hardest thing is to look at oneself. Usually we think we need to change others, that there’s nothing wrong with us. It is a good thing that someone is accompanying you while you make these changes, so that you change where you must change and not where you would like to change. There are even some blind spots you don’t see – you don’t see the need for change, because you can’t see the problem.

You are not telling me much about yourself or the changes which you experienced, you formulate your answers pretty generally or philosophically. It’s not that I don’t want to tell you. The fact is that I have come about the insights I have now through philosophical questions. These insights are very deep. I am only just learning how to get to know the people around me. But if you cannot see yourself, you cannot see others either. Milan has an incredible ability to read a person, even from a photo. I asked a friend of mine, a psychologist, to evaluate a photo of an employee and then told him how Milan had read that person. My psychologist friend told me not to bother him if I already know more about that person than he does. Milan has these abilities, he literally scans a person. And this impresses me the most about him.

WHAT DOES IT LOOK LIKE WHEN YOU TWO MEET?

After we met yesterday, my wife asked me what we were doing. I told her that here and there we spoke a sentence and then there was silence in between. He guides me with a few questions every two weeks and then lets me think about them. I need to think to get the insight. He could of course tell me everything, and sometimes he does, but certain things I don’t see (yet), I haven’t managed to find certain answers yet. The other time for example, he asked me: ‘What is your role in the family?’ Answers to such questions cannot be found so easily, you have to put some effort into them, work on them.

HOW LONG HAVE YOU BEEN MEETING?

And you have not gone from the personal transformation to the business one? We ended it quickly, people got scared of him and I had a problem because they rebelled – which to me was clear proof of what stage they were at. This is evidence of the level of personal consciousness. I am sure that the people who got scared of him have a huge problem. Coaches often test you and I can pass such tests easily, but there’s no point to that. Milan tests you simply by being present, by observing, and you immediately know at what level you are and what you must do. His approach is appropriate for some higher level of consciousness.

Must an organisation also be mature enough for such a process? Of course, mature enough to let him come closer. They must trust him, not fear him. This is something we cannot influence. Fear is an unconscious reaction which derives from our deep childhood memories – Milan can tell you more about the transactional analysis himself – but we often don’t want to admit this. Some even don’t know this, many would rather step away, because it is less painful.

WHO WOULD YOU RECOMMEND HIM TO?

People who are already in ‘deep shit’ and have nothing more to lose or to those who have a serious desire for progress and personal growth. I tell many people about him, but I don’t know many people who would be willing to undergo such treatment for a longer period of time. People usually escape when it gets too painful. 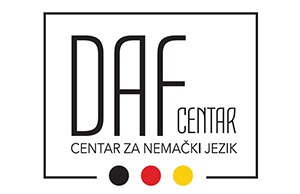 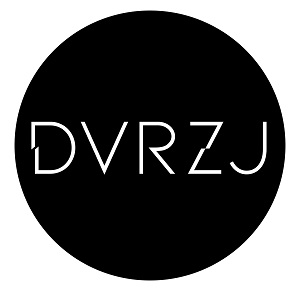