To me, bone broth is simple, it’s timeless, and it’s where we can go when we want to get back to the basics.

Studies conducted on bone broth have found that it can improve your health in a myriad of ways.

Bone broth is easier to make than you might think, and it has healing properties that go deeper than we can imagine. Bones represent the structure of the Universe. When we feel we know the truth, we feel it deep in our bones. Bone broth is grounding and nourishing.

Amino acids in bone broth, like arginine, glutamine, and cysteine, have been shown to boost immunity in humans and animals. 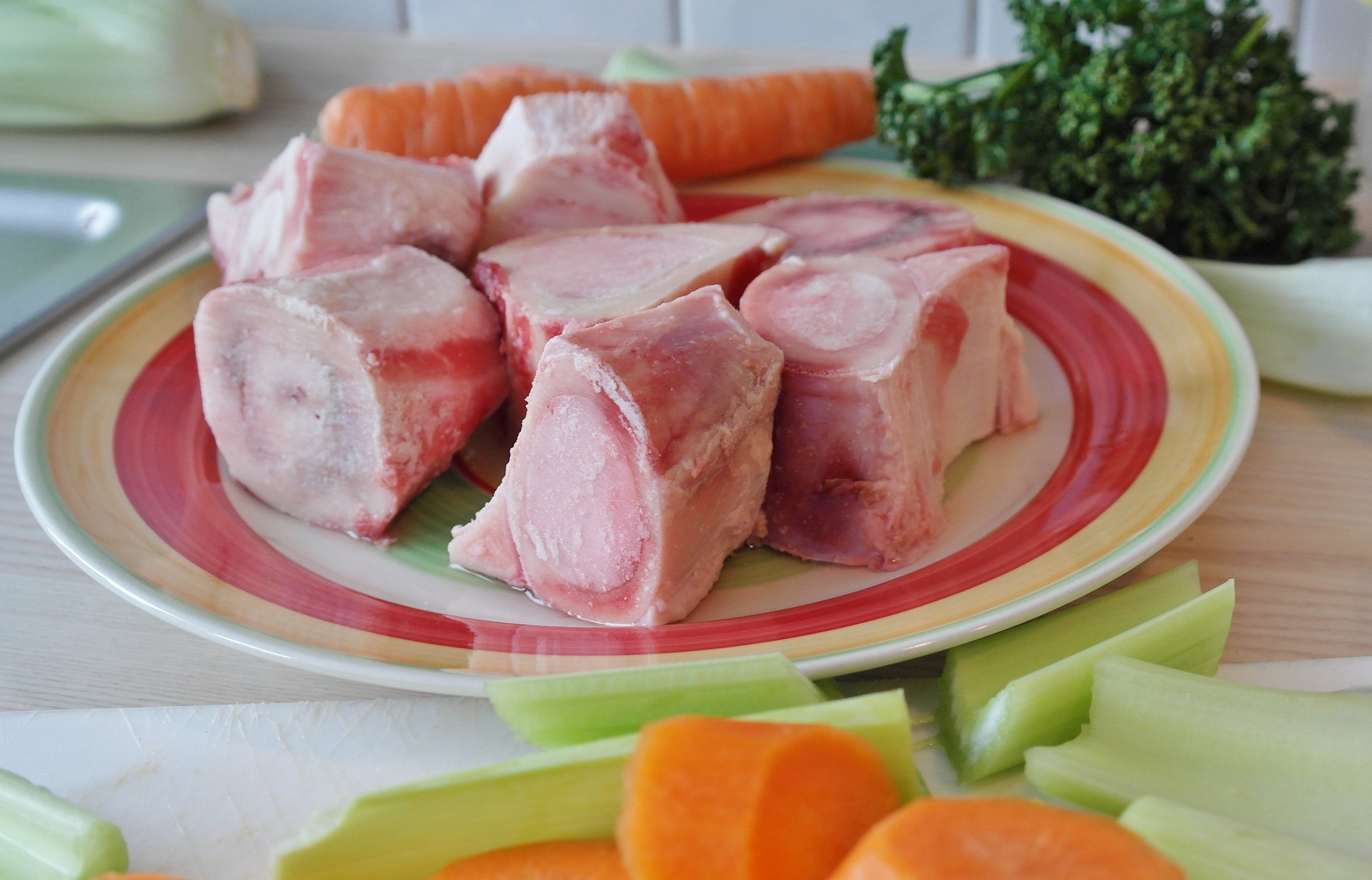 There’s a solid scientific reason that we reach for chicken soup during cold and flu season. In 2000, a study was published in Chest, the official journal of the American College of Chest Physicians, which studied chicken soup (bone broth) and found that it does indeed aid in alleviating symptoms of the common cold, by clearing mucus, opening respiratory pathways, and providing easily digested nutrition.

Studies show that many of the amino acids in bone broth (such as cystine, histidine, and glycine) reduce inflammation, and L-glutamine specifically reduces gut inflammation. Additionally, the same Chest article from October 2000 mentioned above concluded that chicken soup’s anti-inflammatory benefits may be one reason it is so helpful with relieving symptoms of the common cold. 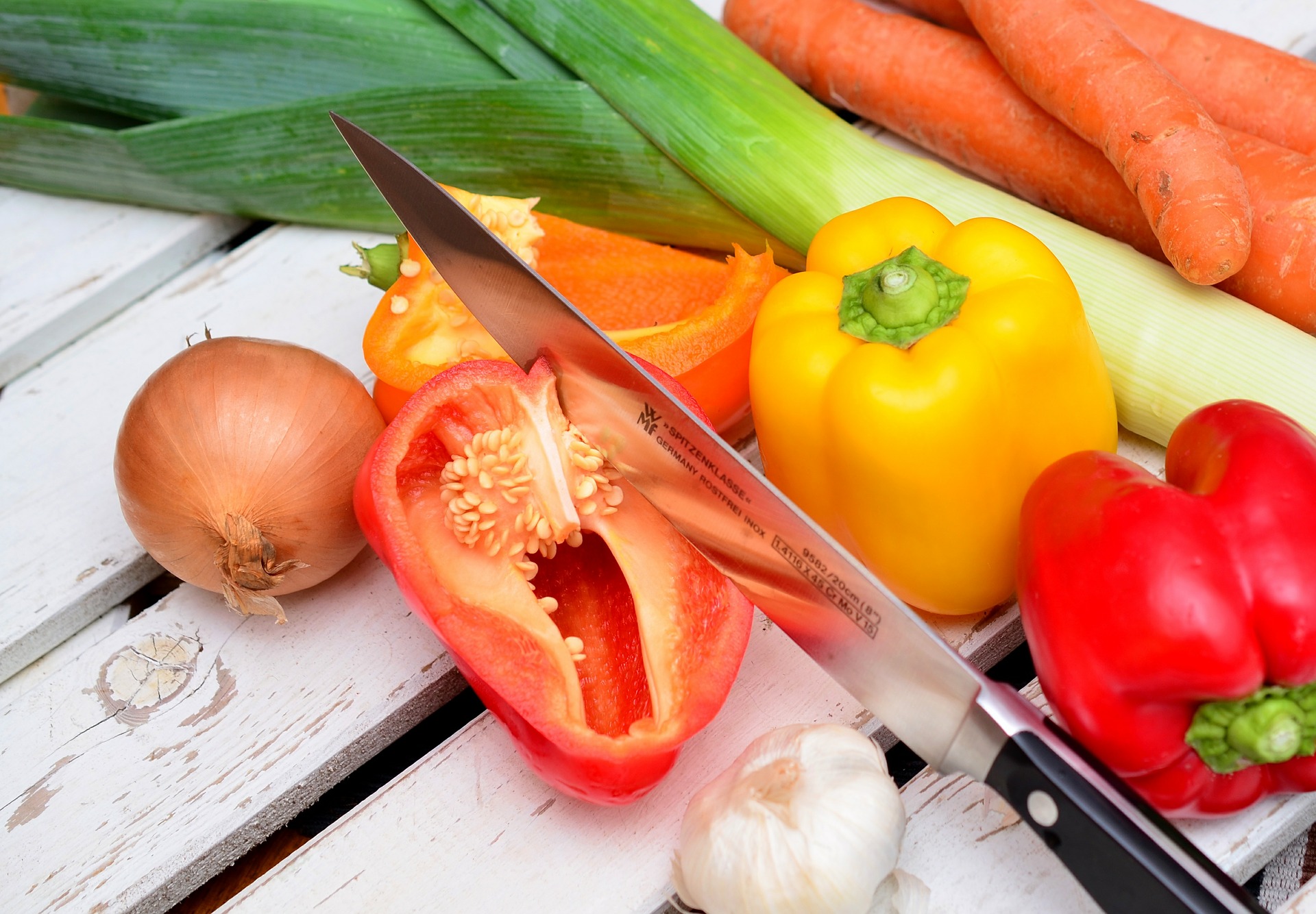 A study on the necessary nutrients for bone health found that the process of bone-formation requires “an adequate and constant supply of nutrients” as follows: calcium, protein, magnesium, phosphorus, vitamin D, potassium, zinc, manganese, copper, boron, iron, vitamin A, vitamin K, vitamin C, and the B vitamins.

Bone broth with vegetables and meat or fish provides a good source of all of these vitamins and minerals.

While more studies of gut bacteria and weight loss need to be conducted, research has shown that obese people have more of a certain type of bacteria called Firmicutes and less of another type called Bacteroidetes in their digestive tracts. The higher proportion of Firmicutes is believed to lead to a higher amount of calories extracted from food. 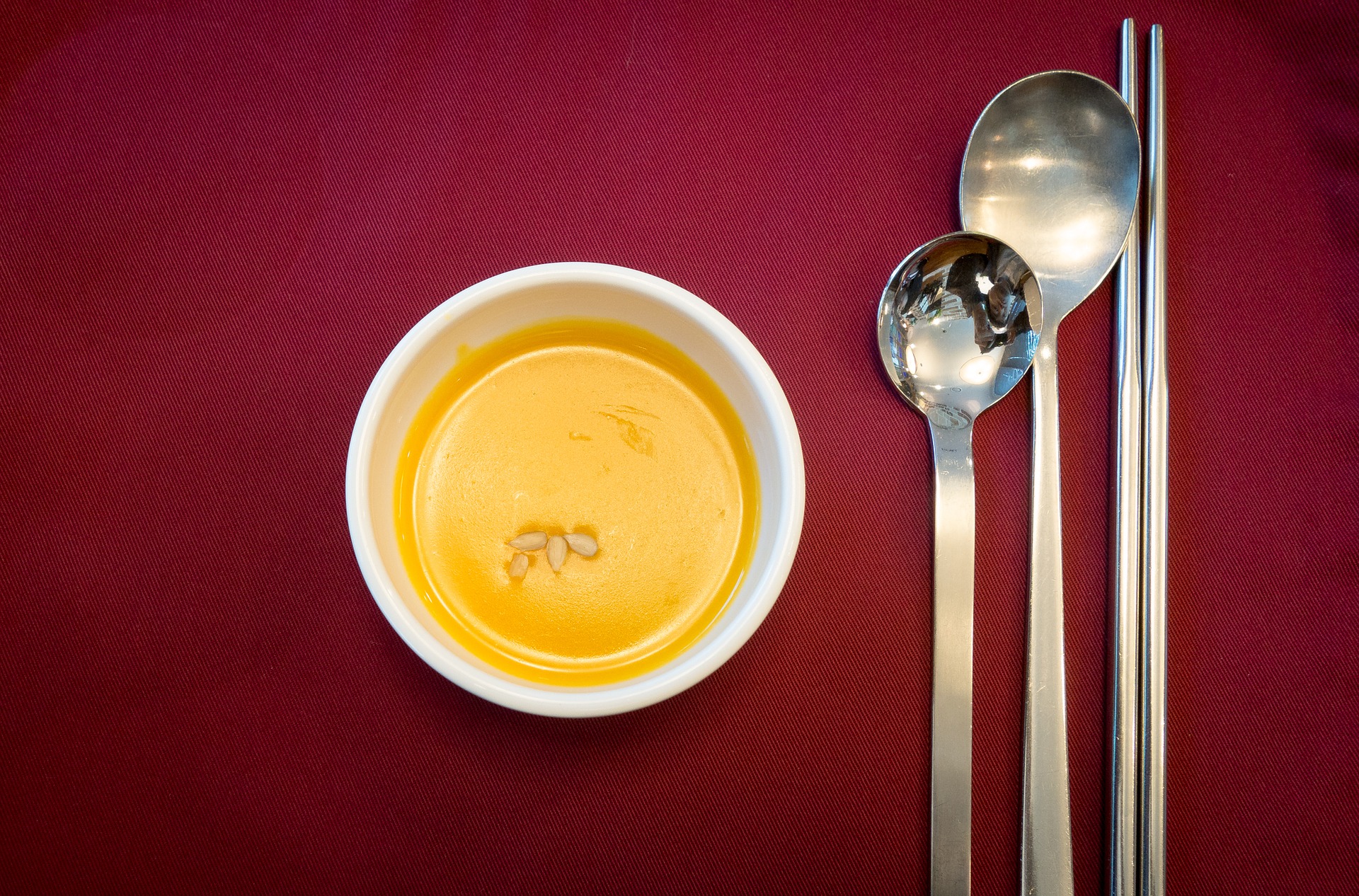 Therefore, a higher ratio of Firmicutes to Bacteriodetes has become one of the markers of obesity.

Bone broth is a good source of L-glutamine, an essential amino acid (building block of protein) necessary for the body and gut health. L-glutamine was found in studies to reduce the Firmicutes in the gut and, therefore, aid in weight loss.

Many studies have also looked at whether consuming soup before a meal promoted weight loss due to a lower amount of calories eaten during the meal itself. In a study published in the November 2007 issue of Appetite (an international research journal specializing in behavioral nutrition and the cultural, sensory, and physiological influences on choices and intakes of foods and drinks), researchers conducted the study again and went a step further to see if eating a meal with liquid would have the same effect as soup.

The finding was that ingesting soup did indeed reduce caloric intake at the next meal and that only soup—not food consumed with water—had this beneficial effect. 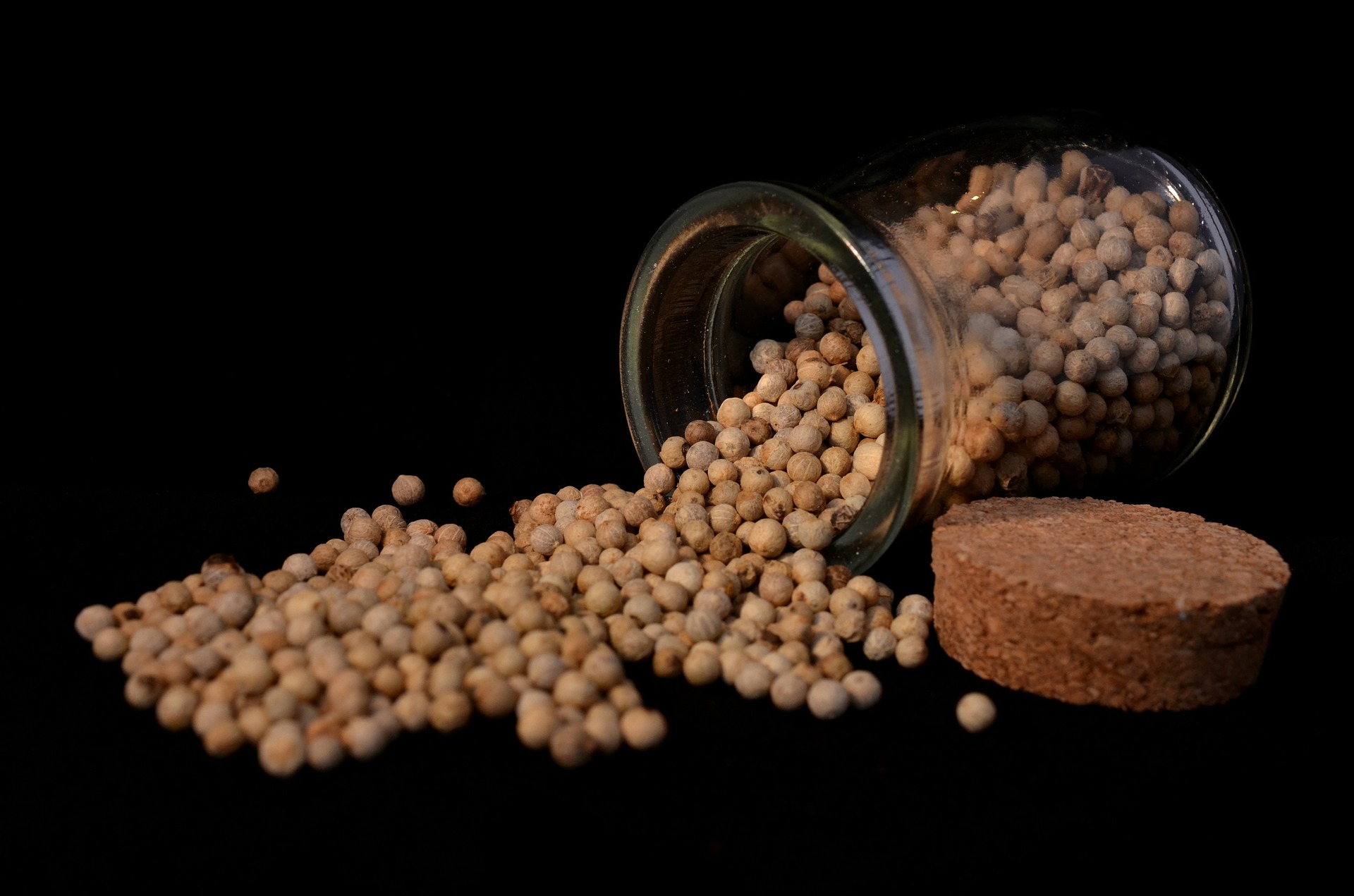 Bone broth, especially when it’s made from vegetables, adds electrolytes (minerals) and carbohydrates (from vegetables) to the diet. Studies have shown that drinking broth can rehydrate better than water alone due to the electrolytes.

Additional studies have shown that liquids with carbohydrates and electrolytes, like a bone broth simmered with vegetables, outperform water alone when it comes to restoring exercise capacity that may be lost from dehydration and electrolyte depletion. 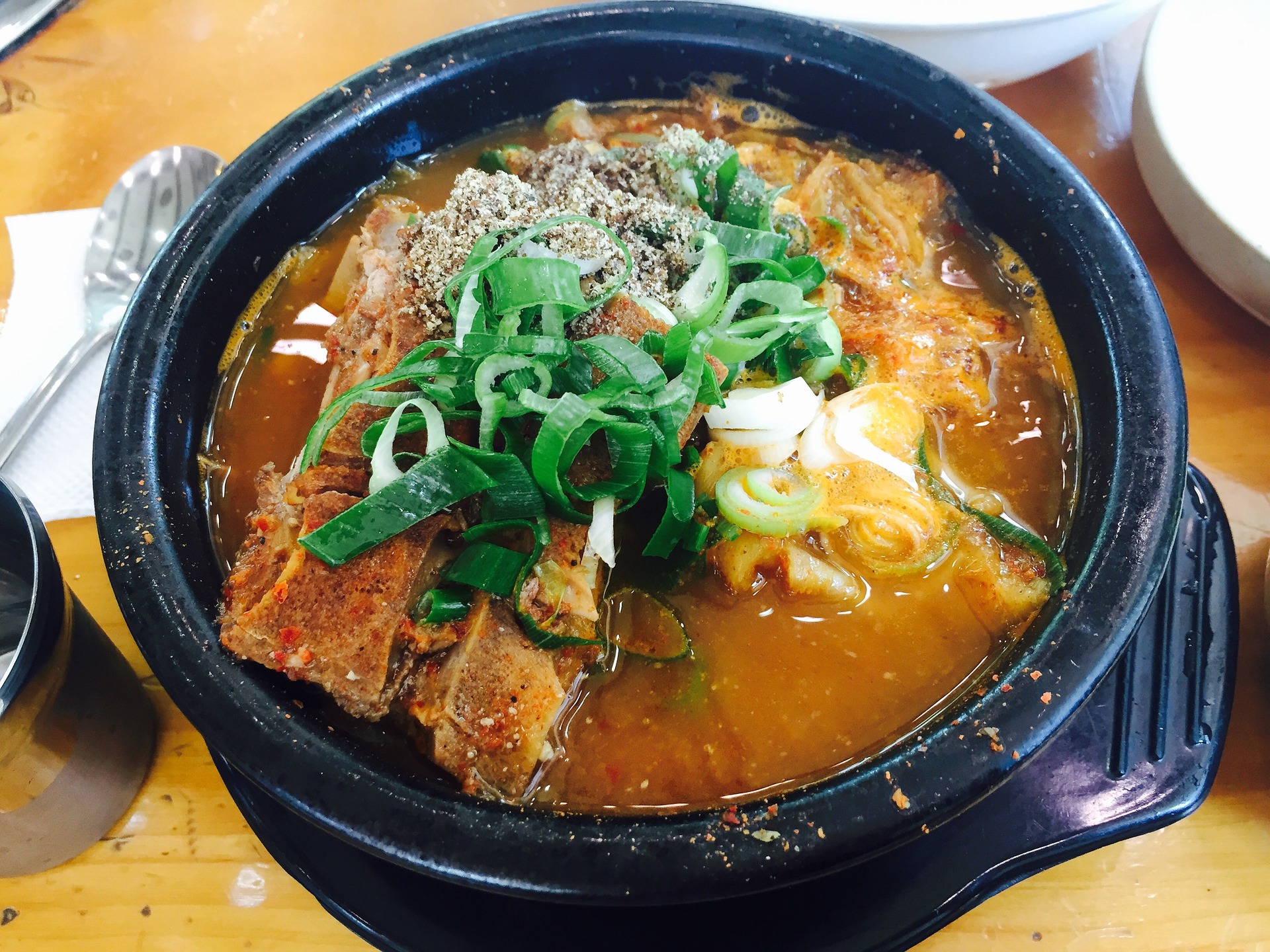 Because of this signaling, neuroscientists are starting to investigate how to manage gut bacteria to treat mood and stress-related disorders such as depression.

Biologists says that the degenerative and inflammatory diseases on the rise in industrialized societies could be corrected by the use of gelatin-rich foods due to the presence of restorative amino acids such as glycine, alanine, proline, and hydroxyproline.

In addition to these benefits of bone broth, the gelatin it contains has an additional 9 bonus side-effects.

I recommend consuming 250ml one to two times daily as a soup, a plain beverage or doing a bone broth fast to get all these wonderful bone broth benefits. I typically drink 250ml upon waking every morning.

Enjoy building your healthier happier you!