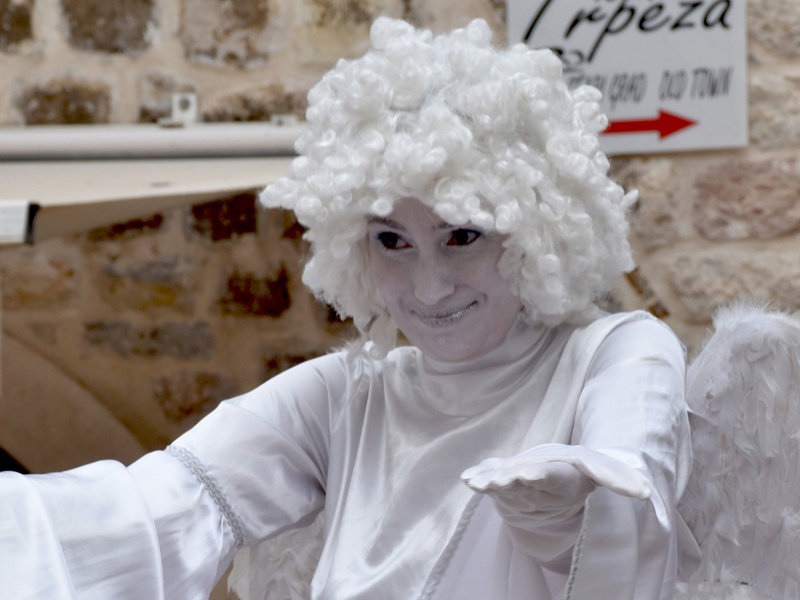 Death is not an enemy, but a reliable companion. In 1994, when I was 23 years old, both of my parents died. In May my mother died of chronic obstructive pulmonary disease and after her death, I moved in with my Dad to try and be there for him, but then he died suddenly 3 months later. I was the one who discovered his body. In Chinese culture, we do not believe we should disturb the deceased body, therefore; we refused the autopsy order from the hospital and nobody really knows how he died. However, inside of my troubled head, that little voice in me was trying to figure out how it happened. Did he kill himself, is there something toxic in the house, would I die from that toxic too? Now I know this behavior pattern after losing a loved one is call ‘magical thinking,’. We all assumed that he died from a heart attack during his sleep. When my Mother died, I was in Singapore working. I still remember my last and very casual conversation with her at the hospital, indeed, my last conversation with her is known to me now as “mutual pretense”; which means both parties are aware of the other person’s demise, in this case, she and I knew that she didn’t have much time left, but we choose to avoid the important topic, which was saying the final ‘goodbye’.

Only 5 feet and 6 inches tall, I was discovered by the art director of the very first International magazine in Hong Kong, “Elle Magazine”. At age 17, I was featured as the cover girl and because of the excessive exposure and the love by the Elle Magazine, I was featured in every single issue for about 15 months. This great opportunity changed my life and I started to travel around the world with my modeling career and after my parents death, I was chosen as a lead actress for a feature film in Hong Kong. Honestly, I still don’t remember what happened and how it happened, I only remember within nine months of their death I was hospitalized because of unknown chest pain. Overnight I became a lead movie actress and my face was in every local newspaper. But I decided to give up most young girl’s dream of being a movie star in Hong Kong and instead, I left for New York City on May 1st, 1995. It is not unusual that when people experience death or grieving that their daily timeline becomes a blur.

After arriving to New York City in May 1995, my life made another shift. During the first 2 years in New York City, I lost 2 close friends from suicide. Sui-Man was my childhood friend since age 5, she was my brother-in-law’s sister, and our relationship was much deeper than I had with any of my siblings. Having someone commit suicide in a family is considered a taboo to many, no matter what culture you come from. I have 5 sisters and each one of them told me different stories of how Siu-Man ended her life. In addition to Siu-Man’s death, one of my closest friends in New York City also ended her life while I was traveling to London.

Not knowing when and how, I fell into a deep depression, which slowly affected my modeling career and daily life. My depression lasted for many years, until pretty much recently, when it finally faded away. During that time, I developed such fear of death, not only of my own death, but of people who were close to me, especially my boyfriend. I suffered mostly in silence without knowing why. Because I was a fashion model, most people only saw me as that glamorous girl living a life that most young women would have only dreamt of. However, inside I was so broken, depressed, angry, and lonely and I had a constant deep sadness that I am sure I didn’t hide very well. I didn’t know why I was feeling depressed and eventually I started to doubt myself. I was thinking, that perhaps I was just an ungrateful person who has everything in life, but still was not happy.

Everything in my life was turning up side down, not to mention how hard it was to interact with people. I was having such difficulty with relationships of all kinds. I ended my marriage engagement in 2005, which was the year I also lost my Father’s Mother, Grand Mom Pung, the last elder in my family. During that time, my uncle, her younger son who supposed to be living with her, had gone missing a month before her death. Losing someone who has died is far easier to accept than losing someone who has gone missing. That news hit me so hard that I didn’t know what to think. It was the tip of the iceberg of my soul searching and healing journey that I was about to embark on 12 years after my parent’s death.

In 2006 I enrolled in a Masters program called “Thanatology”. Thanatology means the study of Death and Dying. I thought my interest in Tibetan Buddhism was the reason I chose the subject of death and dying. However; not until later, did I realize that this degree would save me and help me to turn my life around. I didn’t know that I was suffering from traumatic grief, multiple losses, and Broken Heart Syndrome and that was what had caused my 5 days of hospitalization, weeks of chest pain, and prolonged depression after my parent’s death. I also learned about somatic symptoms, which could be induced by emotional stress and traumatic experiences and which can trigger physical discomfort when the emotional pain is not processed correctly. In my case, I was experiencing terrible chest pain and breathing difficulty. Some bereaved people may experience the deceased loved one’s illness and its symptoms, some may experience stomachache, shortness of breath, headache, and children may regress to wet their bed or have outbreaks of anger, violence, withdrawal, promiscuity, or reoccurring accidents.

On February 9th 2005, an article published by Johns Hopkins Medicine stated that, “sudden emotional stress can also result in severe but reversible heart muscle weakness that mimics a classic heart attack. Patients with this condition, called stress cardiomyopathy but known colloquially as “broken heart” syndrome, are often misdiagnosed with a massive heart attack when, indeed, they have suffered from a days-long surge in adrenalin (epinephrine) and other stress hormones that temporarily “stun” the heart.” Unfortunately, our bio-medical model does not acknowledge that our body, mind and emotions are all connected. When one is out of balance or in distress, it could manifest into disease in the human body. Western medicine tends to take care of the human body more like a car, isolating each internal organ as if it has no connection to any other part of the body. Trauma and grief are often obscured by society and many people suffer in silence. Eventually this emotional pain turns into full blown depression, anxiety, suicidal ideation, and people slowly lose the ability to cope with life. This prolonged emotional pain manifests into diseases, which turn into chronic illnesses. This explains how many people seek medical treatments without success since the medical community fails to address the root of their physical symptoms, which are related to their distress, environment, life-style, emotional pain, grief, or childhood traumas. 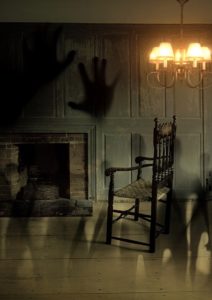 In 2009, I graduated with the master degree in Thanatology from New York City, soon after that, I moved to Sedona, Arizona, USA. The journey to becoming a Thanatologist is a rare path that not too many have walked. Beside hospices, there is almost no reference on how to explain to people what I do for a living. I often joke to people that, I am a death scientist. As Thanatology is a Greek word that means, ‘death science’. As a death scientist, I study all kinds of death related topics, but my work mostly focus on grief, but is not limited to it. I also research Near Death Experiences, Euthanasia, and Laws and Legal Documentation regarding end of life care. As this article’s title, ‘death is my perfect teacher’; indeed, death gives me many opportunities to understand life and to live life in a more meaningful way.

I am currently writing a book called “13 Shades of Grief”. This book would be a memoir along with different stories about different kinds of grief. Through this book, I want to share how grief impacts life on multidimensional levels. How important it is for an individual to recognize the impact of grief to enable one to move forward. There are many misconceptions about grief, most people only relate grief to death and dying. However, grief is reaction of bereavement and loss and it is not only confined to death, but can come in different forms such as divorce, illness, an accident, losing a job, house, loss of finances, or the loss of hope or faith in life. Loss and bereavement is when you are being deprived of something that is meaningful to you. For example, it could be an identity crisis, in which you are not being acknowledged or accepted in your family, community and society just because you are a gay or a transgender person. Indeed, if we can be present with Death and face it without prejudgment or label it as sadness or a scary thing, Death can be the very thing to help shift our human consciousness. Death is a life long companion, as long as we are still living, it will walk beside us as a shadow. When one develops an intimate relationship with death and grief, Death can be your best teacher whom can guide you and help shift you to your highest potential and purpose in life!

For more information about Chyna Wu, you may visit her website at: www.dyingtolive.net